Is It What You Want 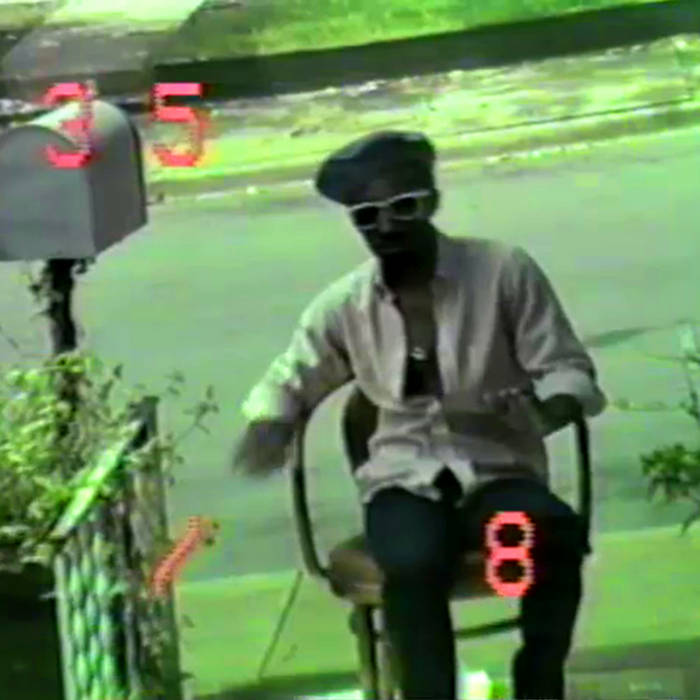 As the sun sets on a quaint East Nashville house, a young man bares a piece of his soul. Facing the camera, sporting a silky suit jacket/shirt/slacks/fingerless gloves ensemble that announces "singer" before he's even opened his mouth, Lee Tracy Johnson settles onto his stage, the front yard. He sways to the dirge-like drum machine pulse of a synth-soaked slow jam, extends his arms as if gaining his balance, and croons in affecting, fragile earnest, "I need your love… oh baby…"

Dogs in the yard next door begin barking. A mysterious cardboard robot figure, beamed in from galaxies unknown and affixed to a tree, is less vocal. Lee doesn't acknowledge either's presence. He's busy feeling it, arms and hands gesticulating. His voice rises in falsetto over the now-quiet dogs, over the ambient noise from the street that seeps into the handheld camcorder's microphone, over the recording of his own voice played back from a boombox off-camera. After six minutes the single, continuous shot ends. In this intimate creative universe there are no re-takes. There are many more music videos to shoot, and as Lee later puts it, "The first time you do it is actually the best. Because you can never get that again. You expressing yourself from within."

"I Need Your Love" dates from a lost heyday. From some time in the '80s or early '90s, when Lee Tracy (as he was known in performance) and his music partner/producer/manager Isaac Manning committed hours upon hours of their sonic and visual ideas to tape. Embracing drum machines and synthesizers – electronics that made their personal futurism palpable – they recorded exclusively at home, live in a room into a simple cassette deck. Soul, funk, electro and new wave informed their songs, yet Lee and Isaac eschewed the confinement of conventional categories and genres, preferring to let experimentation guide them.

"Anytime somebody put out a new record they had the same instruments or the same sound," explains Isaac. "So I basically wanted to find something that's really gonna stand out away from all of the rest of 'em." Their ethos meant that every idea they came up with was at least worth trying: echoed out half-rapped exhortations over frantic techno-style beats, gospel synth soul, modal electro-funk, oddball pop reinterpretations, emo AOR balladry, nods to Prince and the Fat Boys, or arrangements that might collapse mid-song into a mess of arcade game-ish blips before rallying to reach the finish line. All of it conjoined by consistent tape hiss, and most vitally, Lee's chameleonic voice, which managed to wildly shape shift and still evoke something sincere – whether toggling between falsetto and tenor exalting Jesus's return, or punctuating a melismatic romantic adlib with a succinct, "We all know how it feels to be alone."

"People think we went to a studio," says Isaac derisively. "We never went to no studio. We didn't have the money to go to no studio! We did this stuff at home. I shot videos in my front yard with whatever we could to get things together." Sometimes Isaac would just put on an instrumental record, be it "Planet Rock" or "Don't Cry For Me Argentina" (from Evita), press "record," and let Lee improvise over it, yielding peculiar love songs, would-be patriotic anthems, or Elvis Presley or Marilyn Monroe tributes. Technical limitations and a lack of professional polish never dissuaded them. They believed they were onto something.

"That struggle," Isaac says, "made that sound sound good to me."

In the parlance of modern music criticism Lee and Isaac's dizzying DIY efforts would inevitably be described as "outsider." But "outsider" carries the burden of untold additional layers of meaning if you're Black and from the South, creating on a budget, and trying to get someone, anyone within the country music capital of the world to take your vision seriously. "What category should we put it in?" Isaac asks rhetorically. "I don't know. All I know is feeling. I ain't gonna name it nothing. It's music. If it grabs your soul and touch your heart that's what it basically is supposed to do."